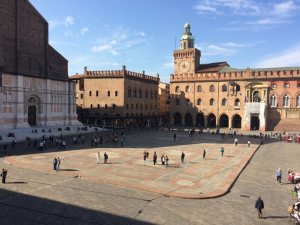 It’s a question that’s often asked and answered by urban planners and placemakers. The current media debate about costumed panhandlers in New York City’s Times Square adds even more grist to the mill. Numerous physical and social qualities that make a great public space have been proposed. These lists often run into double digits. Numerous illustrative examples have also been proffered. Such an exercise, of course, is highly subjective. Scholars and citizens reasonably disagree over the extent to which size, scale, degree of physical enclosure, amenities, aesthetics, and other variables matter. END_OF_DOCUMENT_TOKEN_TO_BE_REPLACED 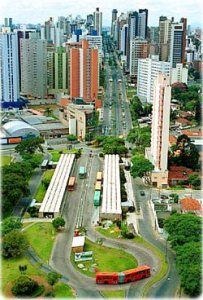 There exist various lists, or indexes (pl. indices), identifying which cities around the globe are considered to be “greenest” according to each index’ author. END_OF_DOCUMENT_TOKEN_TO_BE_REPLACED

The Leadership in Energy and Environmental Design for Neighborhood Development (LEED-ND) system certifies green projects and provides a checklist of environmental standards for land development that evaluates a neighborhood on a point based system.

The protocol was fully launched in 2010 and co-developed by three organizations, the U.S. Green Building Council (USGBC), the Congress for New Urbanism, and the Natural Resources Defense Council. It is administered by the USGBC.

According to “A Citizen’s Guide to LEED for Neighborhood Development”, LEED-ND defines a neighborhood as “…a place with its own unique character and function, where people can live, work, shop, and interact with their neighbors” 4. In the aforementioned guide LEED-ND certified architects Andres Duany and Elizabeth Plater-Zyberk illustrate a good traditional neighborhood as including but not limited to a discernible center, housing within proximity to this center, a variety of dwelling types, a variety of stores and commercial activity, connected streets, and a community decision process 4. When considering the listed criteria planners may want to evaluate their decision to use LEED-ND after reviewing local conditions and potential incentives of implementing this plan.

LEED-ND provides cities the option to use specific criteria ensuring neighborhoods are developed within a green framework. The criteria is represented by a point system primarily evaluated on three dimensions, 27 points can potentially be awarded to smart location and linkage- where to build, 44 to neighborhood pattern and design- what to build, and 29 to green infrastructure and buildings- how to manage environmental impacts. Some areas of the point system are stressed greater than others, for example a maximum of 12 points can be awarded toward walkability and two points are achievable for wastewater management. It is valuable for planners to remain cognizant that neighborhoods vary in resources and needs; accordingly the given community may not view an area deemed of high value similarly.

Potential incentives for an abiding community as stated in “A Citizen’s Guide to LEED for Neighborhood Development” include but are not limited to fee reductions, tax credits, and grants 20-21. Offering incentives to local governments, developers, or other decision-makers to adopt the LEED-ND protocol would theoretically ensure neighborhoods could afford to incorporate green development if they so choose. To develop a neighborhood under LEED-ND criteria seems to indicate an aim to establish a widely acknowledged base level of performance that controls ecological impact, potentially offering any interested party the opportunity of attainment. 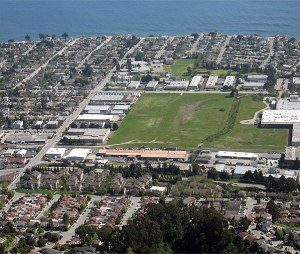 Delaware Addition located in Santa Cruz, CA is an example of LEED for Neighborhoods

LEED-ND is a voluntary program that offers neighborhoods base level criteria for controlling environmental decay while incorporating green building practices. Since neighborhoods are not homogenous it may be worthwhile for planners to scrutinize their jurisdiction and work with the community to determine a beneficial plan of action.

A gamut of decision-makers can encourage criteria under LEED-ND by offering aid towards development, allowing the decision for green development to be made by any community irrespective of available resources. LEED-ND provides neighborhoods pursuing sustainable development a revered systematic guide that if opted can lead to eco-friendly growth and accreditation, potentially extending forward thinking into a community’s posterity.

Good Traditional Neighborhood Criteria:
• A discernible center.
• Housing within a five minute walk of the center.
• A variety of dwelling types.
• A variety of stores and commercial activity.
• Flexible backyard “ancillary” buildings for working or living.
• A school within walking distance.
• Playgrounds near all dwellings.
• Connected streets.
• Narrow, shaded streets conducive to pedestrians and cyclists.
• Buildings close to the street at a pedestrian scale.
• Parking or garages placed behind buildings and away from street frontages.
• Prominent civic and public buildings.
• A community decision process for maintenance, security, and neighborhood development.

To learn more about the Leadership in Energy and Environmental Design for Neighborhood Development (LEED-ND) protocol, a helpful resource is the U.S. Green Building Council (USGBC) Website.

For further reading:
“A Citizen’s Guide to LEED for Neighborhood Development: How to Tell if Development is Smart and Green”.

The U.S. Green Building Council, the Congress for New Urbanism, and the Natural Resources Defense Council. “A Citizen’s Guide to LEED for Neighborhood Development: How to Tell if Development is Smart and Green.” n.p. n.d.: 1-39. Web. 2 April 2014.

Greenbelts within Santa Cruz, California are endangered and this may be due to a lack of support from state legislation. Greenbelts alias urban growth boundaries are local government sanctioned demarcations that control urban sprawl by respectively maintaining a fixed juxtaposition between rural and urban areas. 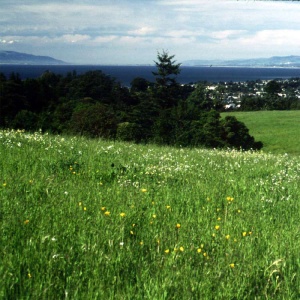 California legislation requires what are known as spheres of influence, defined as planning boundaries or city limit lines that regulate the jurisdiction of governmental agency services, but do not manage urban growth.

Potential positive outcomes of growth regulation include efficient use of public facilities, promotion of long-term strategic thinking, and protection of open space. Santa Cruz greenbelts may be endangered as a result of current California requirements, allowing cities to manage urban sprawl upon evaluation of their needs through long-term urban planning strategies.

Local California governments appear to manage greenbelts in accordance with rules governing spheres of influence, as required by legislation. In the article “Growth Management Policy in California Communities” by Elisabeth R. Gerber and Justin H. Phillips they explain varying processes and contexts for altering California greenbelts. “…boundaries adopted by city councils tend to only require the approval of the council, country board, a Local Agency Formation Commission (LAFCO), or another outside governmental agency to be altered…none of the UGBs [urban growth boundaries] that originated from a successful citizen initiative have been significantly changed” (6).

Gerber and Phillips discuss the positive outcomes of increasing citizen interest in local greenbelts, producing a decrease in the likelihood of greenbelt endangerment, allowing internal efficiency and forethought to flourish. The potential for greenbelt enforcement seems to rely on public activism and awareness of California legislative processes, which would likely reinforce stringent urban growth boundaries. Materialization of this state ordinance is apparent within Santa Cruz, California where local greenbelt management is municipally planned through long-term development. 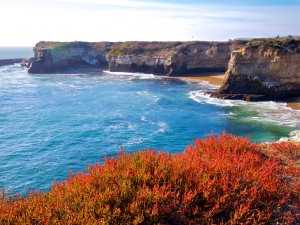 Santa Cruz has delineated its boundaries through acquiring greenbelt properties over time and managing them within the legal framework of California. The “City of Santa Cruz 2030 General Plan” discusses the city’s greenbelt acquisition and implementation process, “At the time [1994], the City already owned several key properties in the greenbelt, and by the end of 1998, had purchased all of the Greenbelt properties with the exception of one…The preservation and use of each Greenbelt property and open area is guided by a City-prepared long term Park Master Plan…” (121).

The city of Santa Cruz Planning and Community Development Department explicates the history of local greenbelt acquisition with long-term plans set aside for preservation and future development where appropriate.

This process of long-term planning does not require growth management but upholds expansion with the city’s best interests in mind. The delineating function of greenbelts within Santa Cruz appears to recognize that cities are prone to sudden change and it is the task of the local government to strategically plan for fluctuations in community needs.

Greenbelts within the city of Santa Cruz are currently threatened under California legislation, which does not require direct management of urban growth. A proposed incipient stage to maintaining current greenbelts is to encourage citizen activism and awareness in the form of resolute initiatives to ultimately encourage definitive boundaries and internal development.

Through valid property accumulation the city’s management of greenbelts limits such initiatives, rather California legislation appears to advocate long-term development from an autonomous perspective. Santa Cruz greenbelts are indeed endangered but urban growth management can be employed in various fashions, universal sanctions for the sake of immutable city limits or appropriate adjustments according to population and resource projections.

The implementation of greenbelts is presented as contingent upon guiding state ordinances that lay the framework for how and under what circumstances cities should respond to preservation and development.